The city of Lübeck is pretty small, you probably only need one full day to check everything off your list. However, the area is quite lovely and would recommend a couple days.

We walked to every place we wanted to see. There is public transportation that includes bus and a light rail.

Besides a few hiccups, I would recommend renting a flat. The area is easy to get around and a walkable city.

When my husband and I visited Lübeck, it was in May and very warm when the sun was out. Once the sun went down, it was a little cold. I would suggest bringing a couple options for the spring and summer as it’s warm in the day but cools off at night.

The fall and winter are probably cold and would definitely suggest packing warm clothes and a jacket.

I feel like you cannot go to Germany without trying some brats and ‘kraut. I am not a fan of either but I definitely tried some and thought it was better than what I have had in the U.S. 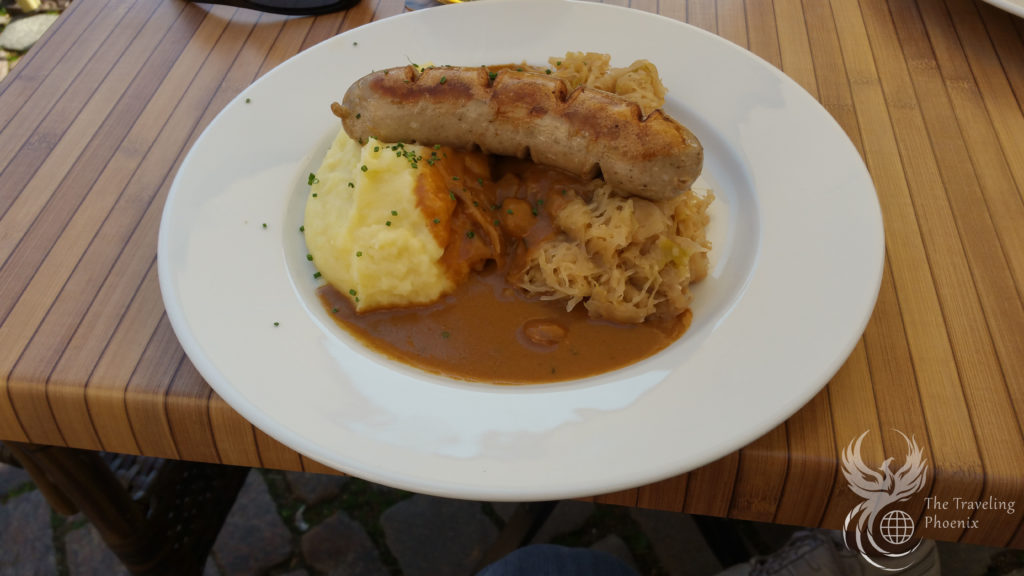 Detour from the Autobahn

Getting to Lübeck from Fehmarn Island should have been easy except there was road construction and were diverted from the freeway. We left the freeway but rather than following the other cars that were also being diverted, my husband decided to not just blindly follow the other but to go a different route. Well, next thing we know, we are going the wrong way and heading back towards Fehmarn Island. Tensions were high, so I bring up the map on my phone and quickly navigate to the 501 road we drove through Neukirchen and turned off at Grube. The countryside and little town were so cute!

We made it to the city limits of Lübeck easy enough, even after the detour. Only one problem, the host of the apartment we rented did not give us the correct address. We only had the street name, which was quite a long street. As you can imagine, the name is not helpful when trying to find an apartment. A little frustrated, we park the car try to call and text the host. Nothing, no answer. We decide to head over to the old part of town for a beer. This allowed our nerves to calm and also get to Wi-Fi. Once on Wi-Fi, we were able to message our host again but through the Airbnb app. Finally! She responds and gives us the address luckily we were really close.

After getting checked in we head back out to the old city. We walk through the old western boundary, the Holstentor, to get to St. Catherine’s Church. There you can see the bells that fell from the tower during WWII. England bombed the church in retaliation of the Germans bombing a church in England. Where they lay today is exactly where they fell during WWII. The church also had an astronomical clock, similar to the one in Prague. 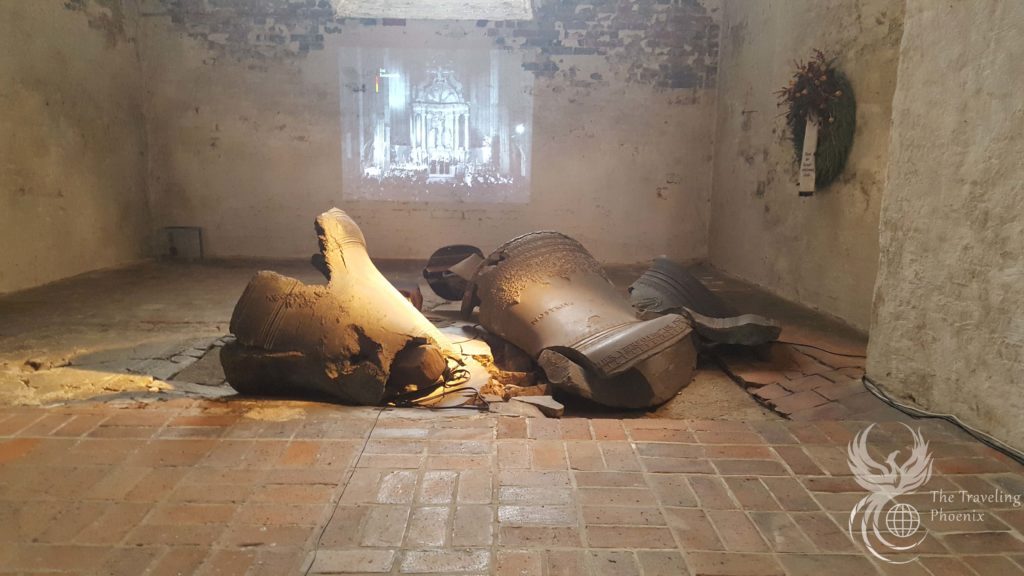 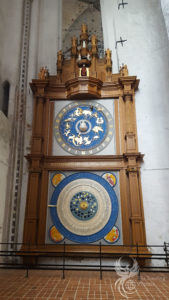 Another popular attraction is the Little Devil just outside the church. I was expecting a small garden gnome sized figure, to our surprise, it was a little smaller than an adult. 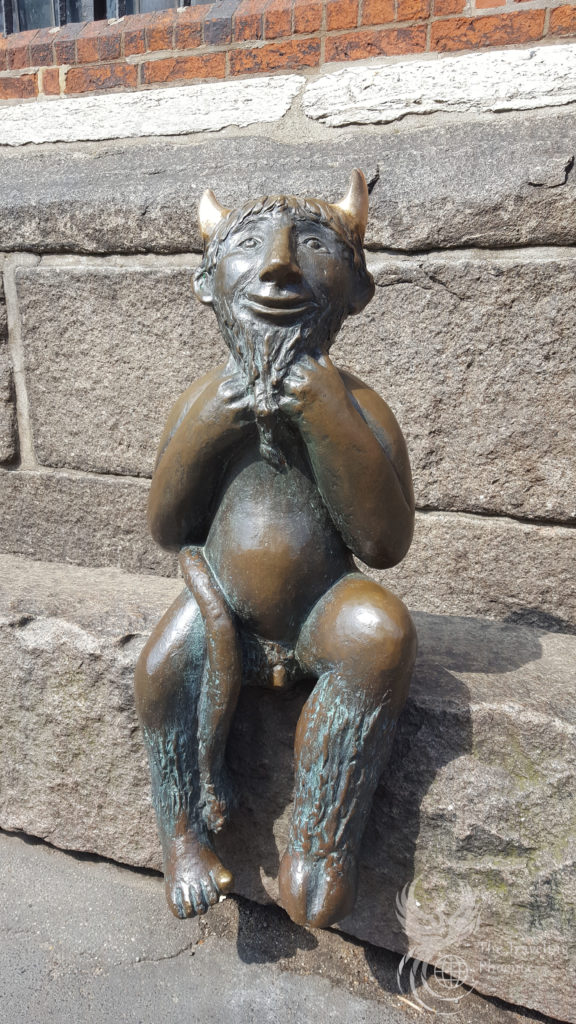 The legend goes… the devil came around at the beginning of the church construction and believed it was for a bar. The devil started to help build the church which is why it grew tall and fast. Once the devil realized it was for a church, he began throwing stones to destroy the construction. One of the men stopped the devil and promised they would build a wine bar across the way. The devil dropped the stone he was holding. The stone he dropped is where he sits now. 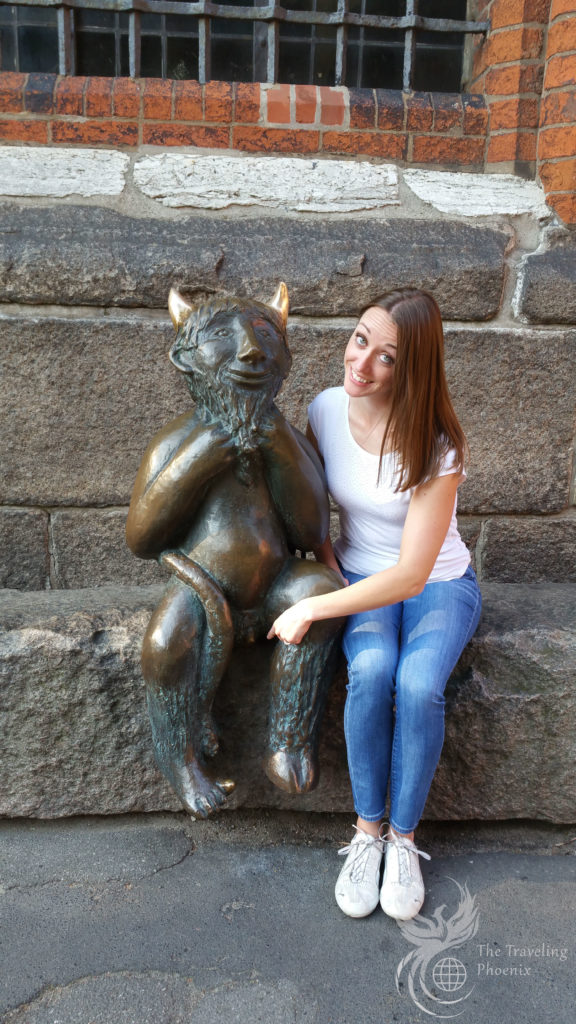 The entire area of old town Lübeck is an UNESCO world heritage site due to the Hanseatic League. Naturally, we decided to go to the Europäisches Hansemuseum. This has to be one of the most intricate museums I have ever been too. There were computer screens to read more about the league, giant boards with information, and many rooms. We spent about 2 hours in the museum but could have stayed longer. We were hungry so decided to get lunch. 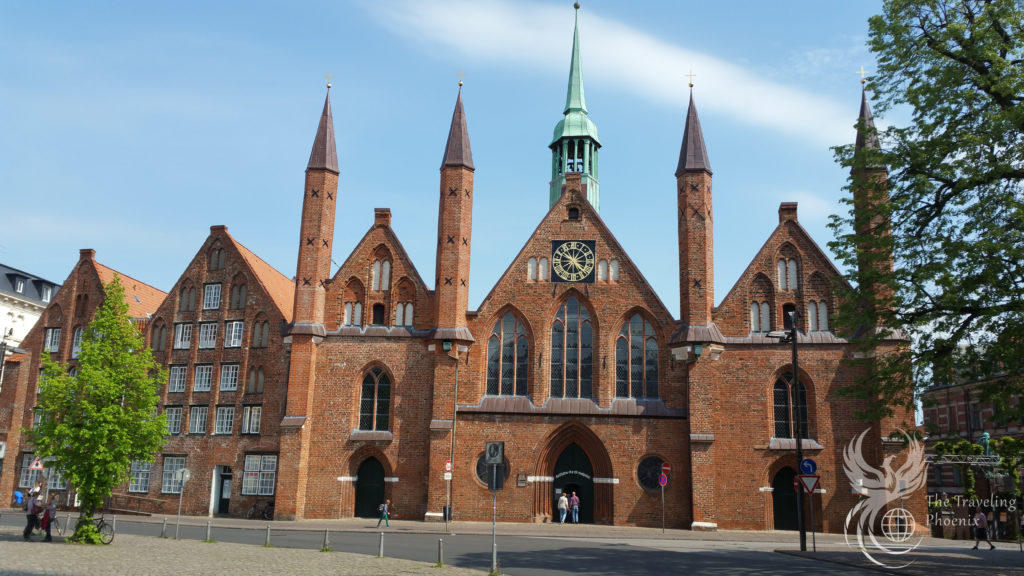 Another popular sport for the locals is the Brauberger Traditions-Brauerei, a brewery with some tasty beers of Germany. We also got to see them replace a keg. An old wooden keg was rolled down the stairs, hoisted up onto the counter, and then tapped. The beer was tasty.

We Came, We Saw, We Selfied 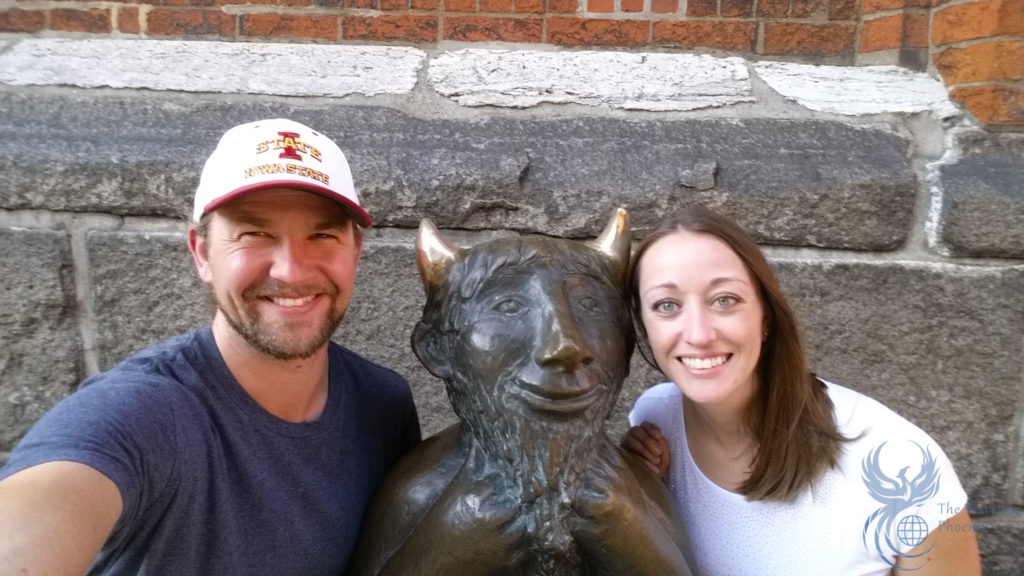