I would recommend at least two to three full days to visit Adelaide (depending on what you want to do). You can check out the city in a couple hours and visit the local beach. This should also give you enough time to check out the wine country.

There is a bus system and a few light rail/rail lines. However, compared to other cities it doesn’t seem as accessible via public transportation.

We stayed at our friend’s house while visiting Adelaide, but I would opt for staying at a hotel since the public transportation isn’t as advanced as other cities. The hotel can help coordinate your outings.

The summertime can get hot, sometimes in the 90℉. Bring the appropriate clothing for warm weather.

The winter time is mild, temperatures average about 60℉ in the day.

I like to remind you that Australia’s summer is December, January and February. And their winter is June, July and August.  Springtime is September, October and November and fall is March, April and May.

While we were there we tried the fish barramundi and kangaroo. Don’t order a Fosters beer thinking you are trying something really good and local. Fosters is similar to the State’s Budweiser or Coors. Try Coopers!  My Mom doesn’t like beer but she swears by Tooheys.  So try both and decide which ones you like.

Visiting the City of Churches

Our next leg of our Australian trip took us to Adelaide. This is where my friend lived whom we were visiting for her wedding. We may or may not have invited ourselves but we were warmly welcomed with open arms.

My friend and I met when I was 10 years old visiting Disneyland for my birthday. My parents and I were at the pool enjoying the nice weather, compared to Washington state in March.  The weather was amazing. I recognized she and her family had an accent and introduced myself. We became pen pals and have been friends ever since.

To our surprise, my friend and her mom met us at the airport and took us to the Cleland Wildlife Park. This place is a petting zoo where you can hold koalas, pet kangaroos, wallabies, and hang out with the emus. It was so much fun! My friend even had me feed the emu… I am not sure if you can feed them but we did. Luckily we didn’t lose a finger.

The next day they took us on a wine tasting tour through Barossa Valley. The valley mainly produces Shiraz and gained popularity when European vines were infected with a bug which caused a low production of wine.

While on the tour we visited the whispering wall. If you are there with others, have someone go to the other side and speak along the wall. Since it’s so smooth, it carries your voice and you can hear what is said.

We took a stop at the Adelaide oval where a team was practicing cricket. This game can last several days! Who knew there is a game out there longer than baseball?!

Like I mentioned above, we were visiting Australia for my friend’s wedding. Their hospitality was something I have never experienced before. She not only took us around Adelaide but also let us stay at her house. Just amazing, especially right before her wedding. The night of the wedding, she organized someone to pick us up from her house to take us to the venue for the ceremony. That morning, we got ready for event and waited. Waited a little longer, then a little more. Now it was about 30 minutes past the time we were supposed to be picked up and I am starting to panic. Luckily, my friend also let us borrow a cell phone so we called the person who was supposed to get us. After talking to them, they thought we were getting a ride from someone else and was already at the park for the ceremony. About 10 minutes later, someone showed up at the house to grab us and drop us off at the park. We made the end of the ceremony to catch the vows. We could hear the whispers from the younger guests asking “where are the Americans?” In the end, we were there and ready to party.

We Came, We Saw, We [Kinda] Selfied 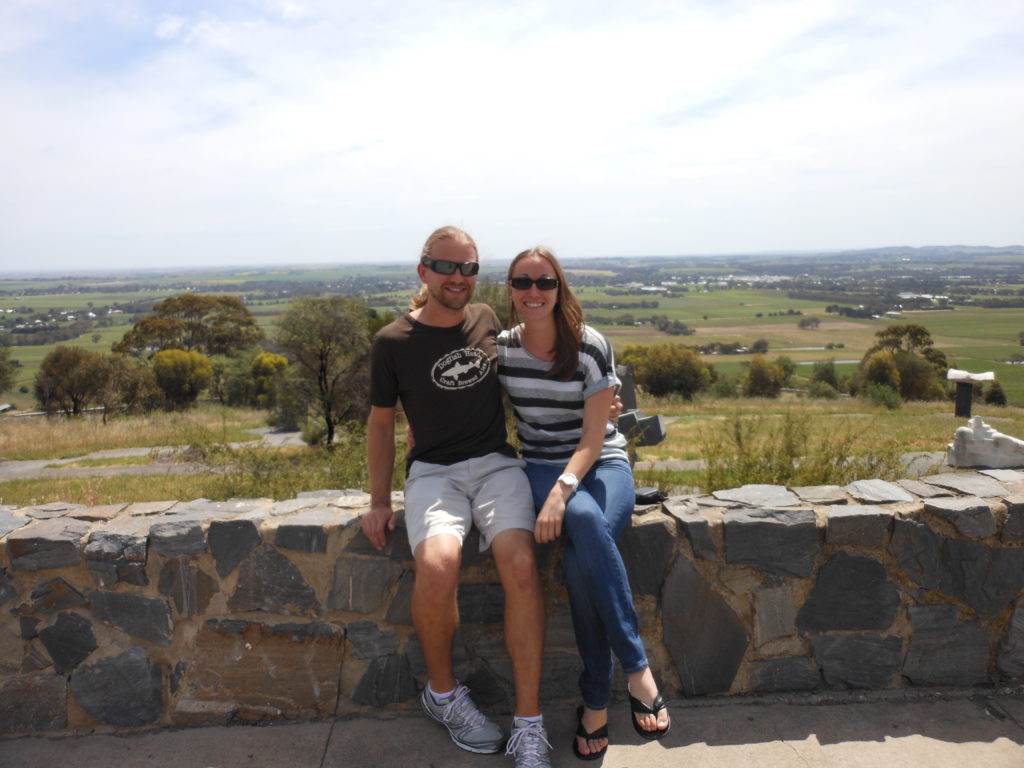